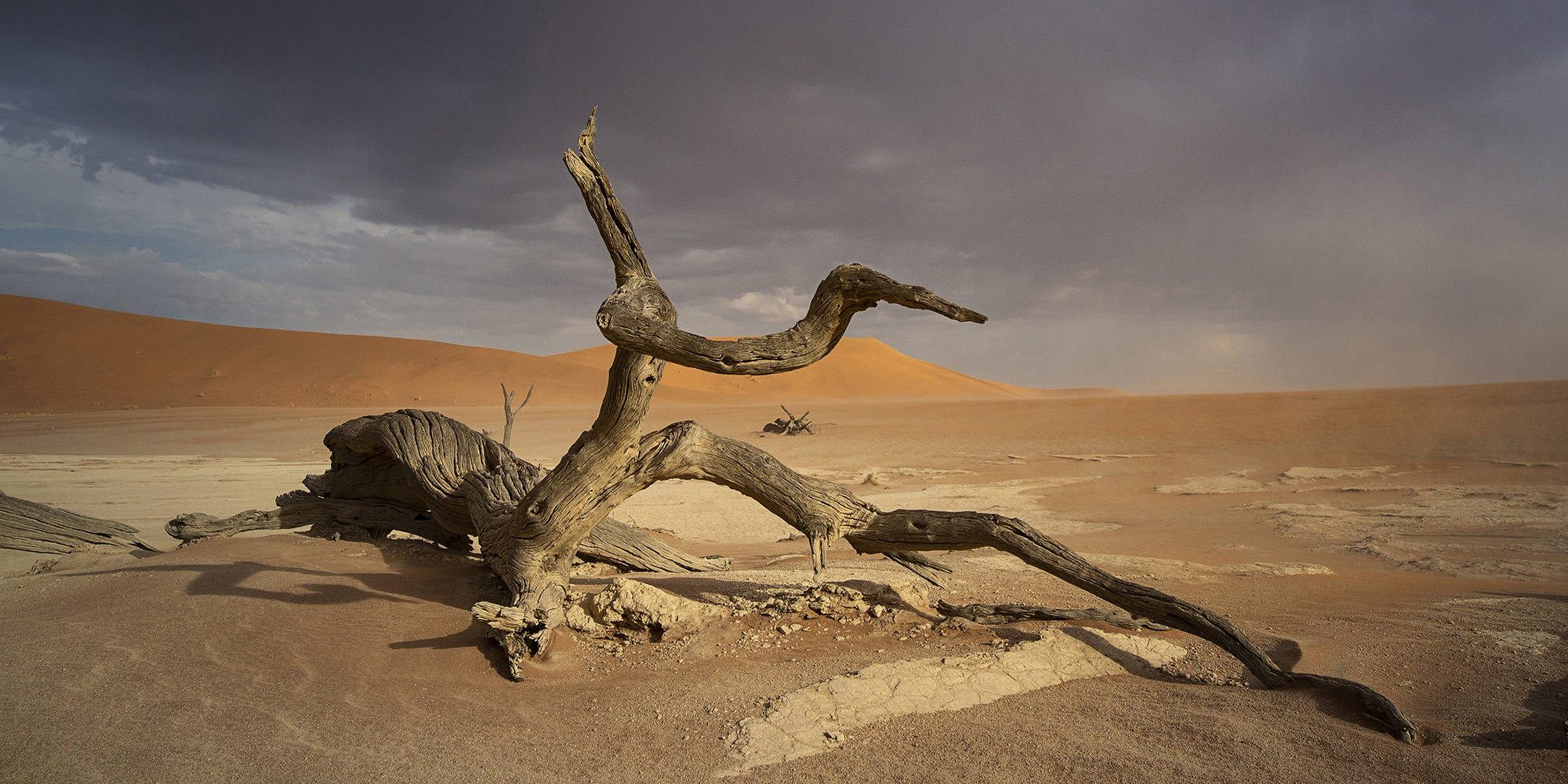 "It all comes down to the people"

No place is better suited to tell a story about Namibia than Sossusvlei, 400 kilometres south-west of Windhoek in the middle of the Namib-Naukluft National Park. In the salt pan of Sossusvlei, there are dead acacia trees, some of them more than 500 years old. The ghost trees rise out of the cracked, encrusted ground, surrounded by bright red sand dunes, above them the endless sky. Namibia is located in the south of Africa, surrounded by Angola in the north, Botswana in the east and South Africa in the south. The biggest challenge is water - not only for the acacias in Sossusvlei, but also for humans and animals. For years, precipitation has been declining and it has become increasingly difficult to secure water supplies throughout the country. An exciting task for civil engineers - just like other infrastructure sectors such as roads, railways, energy and housing construction.

This is where FH Aachen comes into play: For 13 years, there has been a close cooperation between Namibia University of Science and Technology (NUST, formerly Polytechnic of Namibia) and FH Aachen. "It all comes down to the people," says Prof. Dr. Thomas Krause from the Faculty of Civil Engineering, who has been in charge of the exchange project from the very beginning.

In two respects: On the one hand, a cooperation like this depends on the people who propel it forward with great enthusiasm. On the other hand, it is essential for Namibia that well-trained young people assume responsibility and commit themselves with heart and mind to the development of their country. Since 2006, 70 students have come to FH Aachen from Windhoek, around 60 students have chosen the opposite direction, either for one or two exchange semesters, further studies or an industrial practical training. "Since 2018, we've even had a double degree agreement in civil engineering," Professor Krause emphasises.