Welcome and clear the stage! This year, FH Aachen's New Year Reception was streamed live as a TV show. And that's not all: it also marked the beginning of the university's anniversary year. For it was 50 years ago, in 1971, that FH Aachen was founded.

In this digital show, Professor Dr. Marcus Baumann, Rector of FH Aachen, together with the moderator Christian Mourad, went on an entertaining and exciting journey through the past 50 years, along with the usual end-of-year review. He took a look back at the predecessor schools which FH Aachen emerged from in 1971, with Professor Dr. Helmut Strehl as the founding rector. Hubert Schlun, founder of the Aachen construction company Lambert Schlun GmbH und Co. KG., and one of the first alumni, gave a vivid account of his experiences. So did a student who began her studies at FH Aachen as early as 1 September 1971 and who recently went into retirement, having held the position of Vice Rector for Research and Innovation multiple times: Professor Dr. Doris Samm. One of her influential predecessors was the current Deputy Chairwoman of the University Council, Professor Dr. Dr. h.c. Gisela Engeln-Müllges, who, for many years, played a leading role in promoting networking between industry and university in the region and beyond.

However, Professor Baumann and Christian Mourad did not just look back, but also, and above all, looked ahead. They talked about doctorates at universities of applied sciences as well as the present challenges of the corona pandemic. Professor Baumann emphasised: "Despite corona, the number of students has gone up - we have cracked the 15,000 mark."

The New Year reception offered entertainment in the form of music by FH Aachen's "Mintett", a quiz, but also with a trip to Jülich. Christian Mourad visited the campus and brought the audience of almost 850 viewers along with him via video - he returned to the studio with lots of new insights about our institutes located there, which are strong in research; he also brought with him two home-brewed beers from the Faculty of Chemistry and Biotechnology. This was perfect for raising a toast to the upcoming celebratory year "50 Years of FH Aachen", which has now kicked off. Here's what's in store for FH Aachen in 2021:

All other established events, such as FH Aachen presents and the Day of Teaching, can be found on our homepage www.fh-aachen.de throughout the year. Due to the corona situation, there may, obviously, be changes at short notice. Information on this can be found on our anniversary page (50jahre.fh-aachen.de). Over the course of the year, 50 stories from 50 years of university history can also be found on this page. For now, you can already read the founding story of FH Aachen as well as watch a recording of the live stream.

At the end of the New Year reception, Professor Baumann and Christian Mourad presented the new chain of office. "Modern, future-oriented, and yet dignified," was how the moderator summed up the chain's visual appearance. Last but not least, the "Mintett" played again, with our Rector at the piano. "The stage is yours," Christian Mourad bid his farewell to the Rector who was heading towards the stage.

We would like to thank our anniversary partners: Kabelwerk Eupen AG, STAWAG Aachen, Sparkasse Aachen. 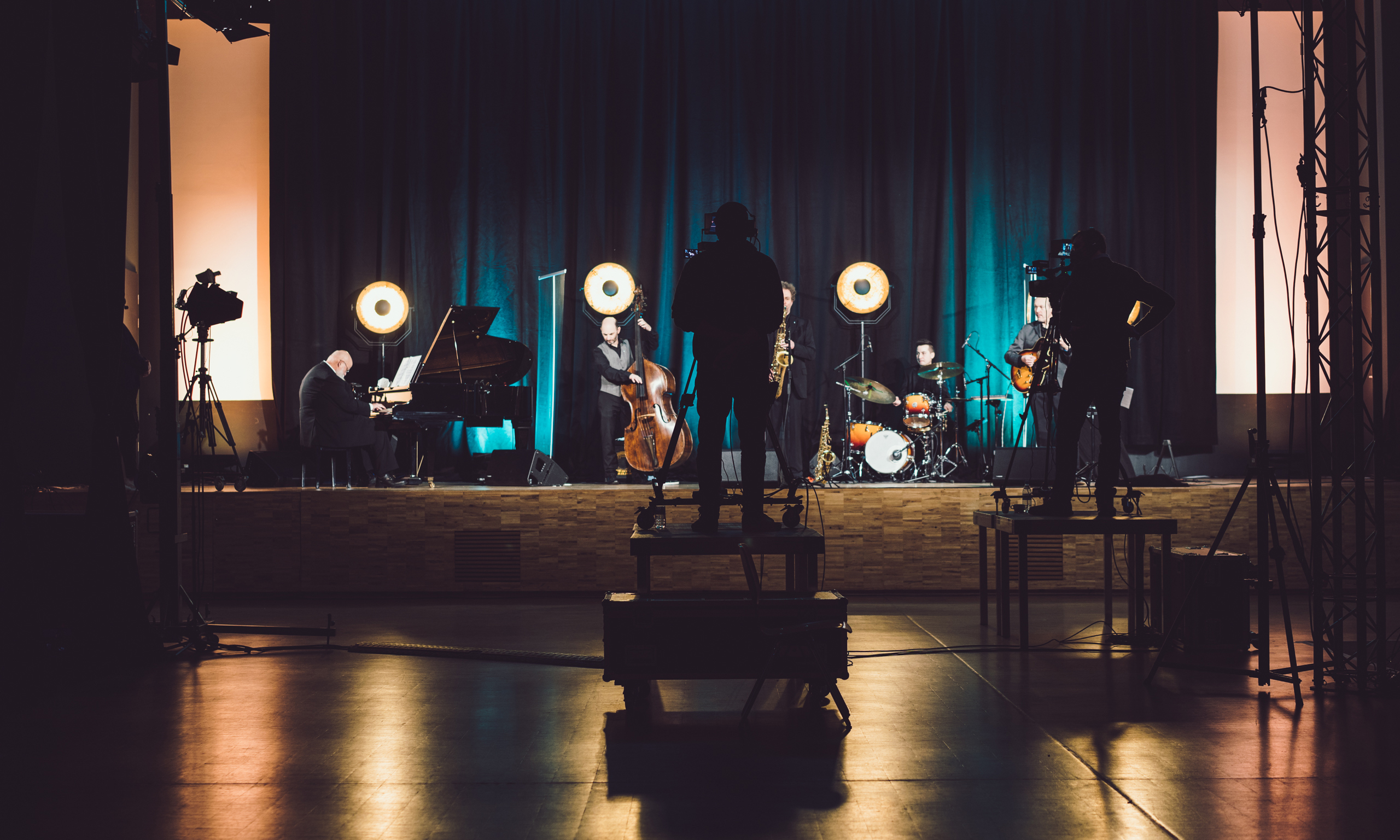 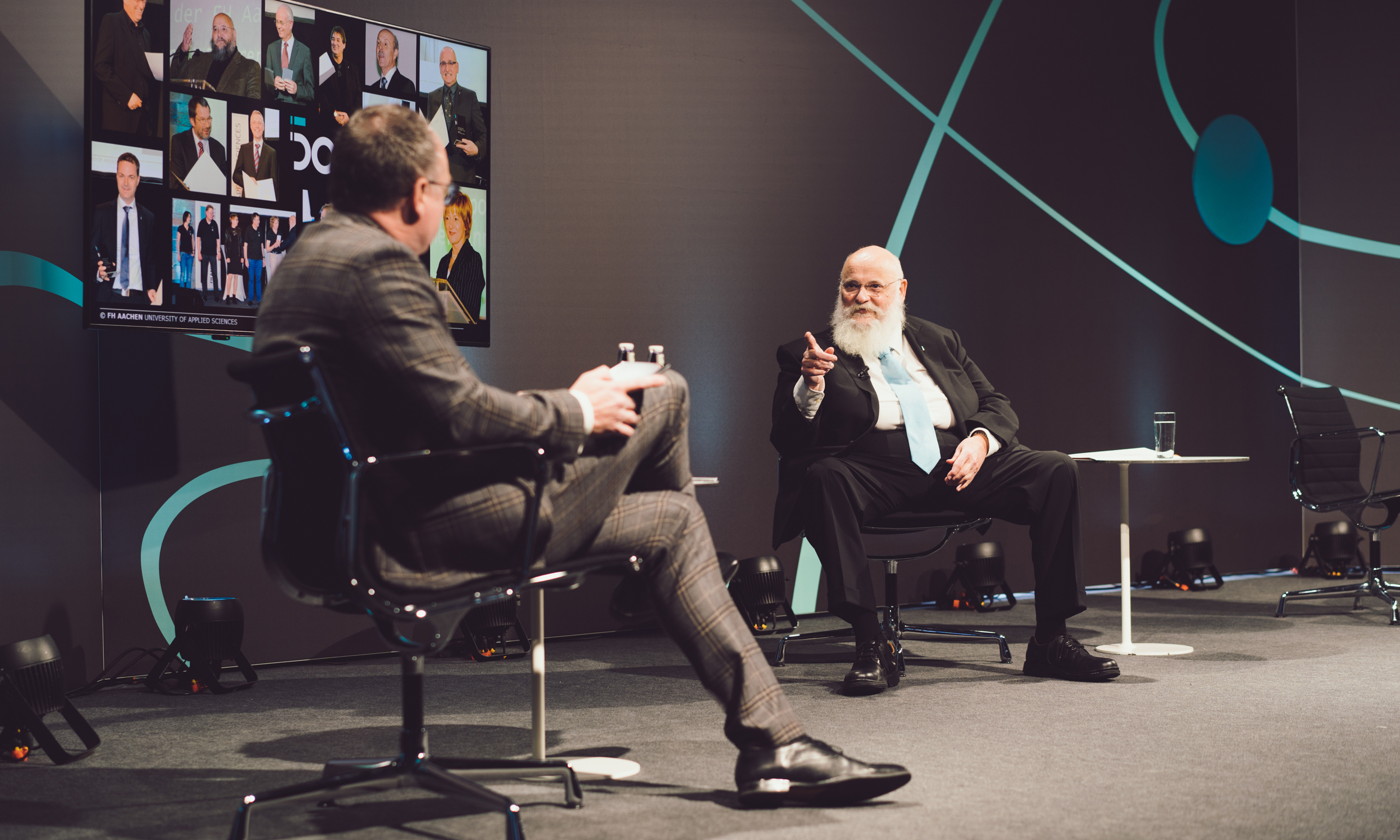 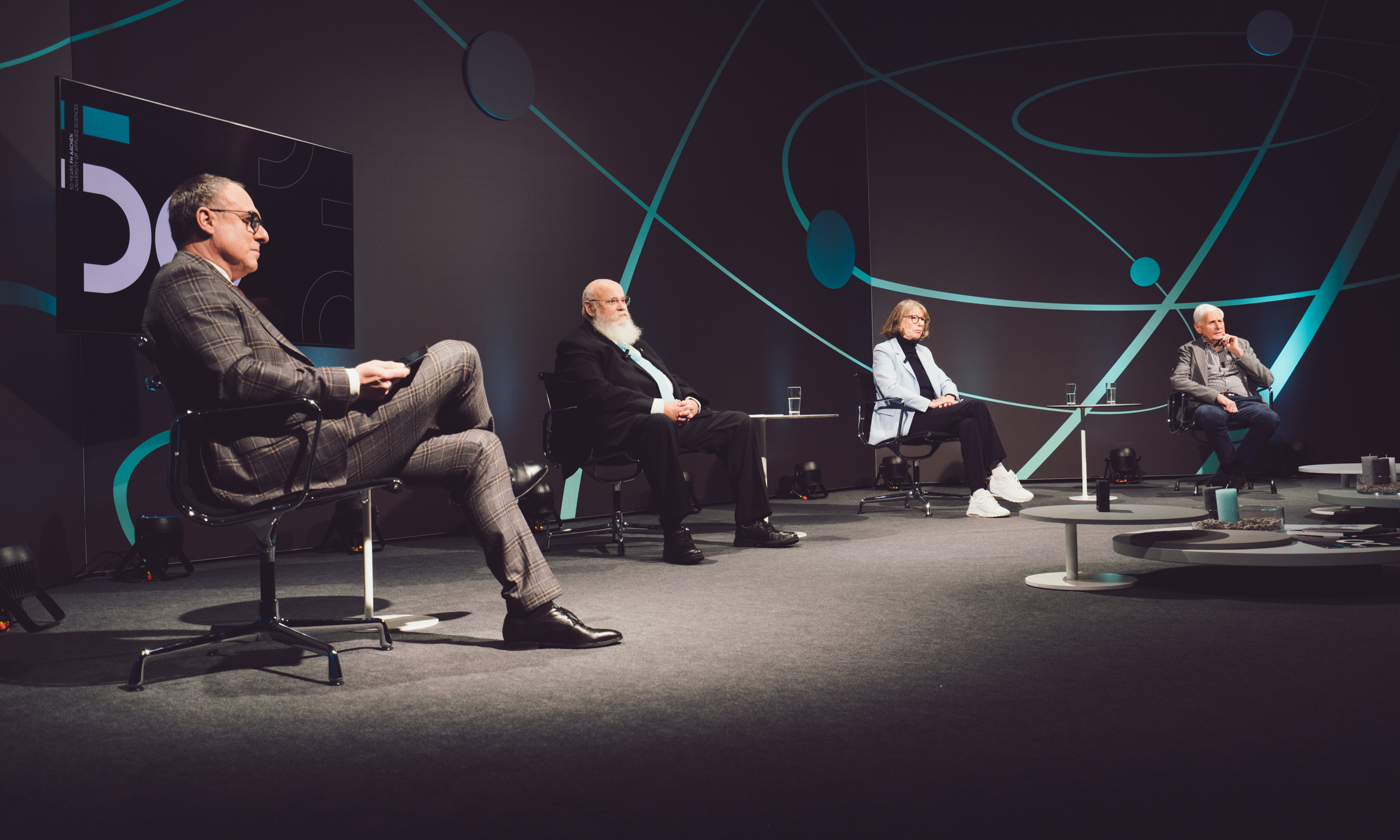 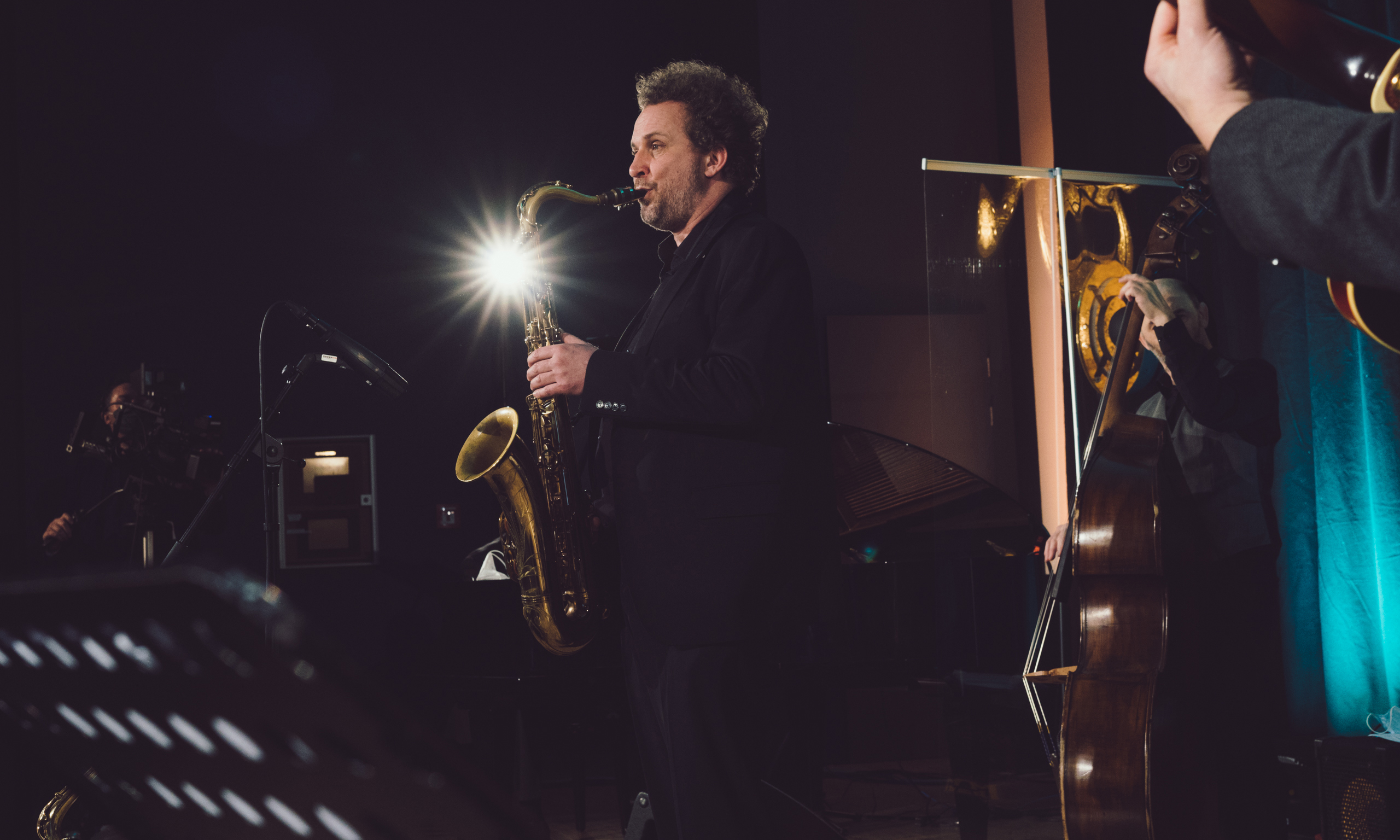 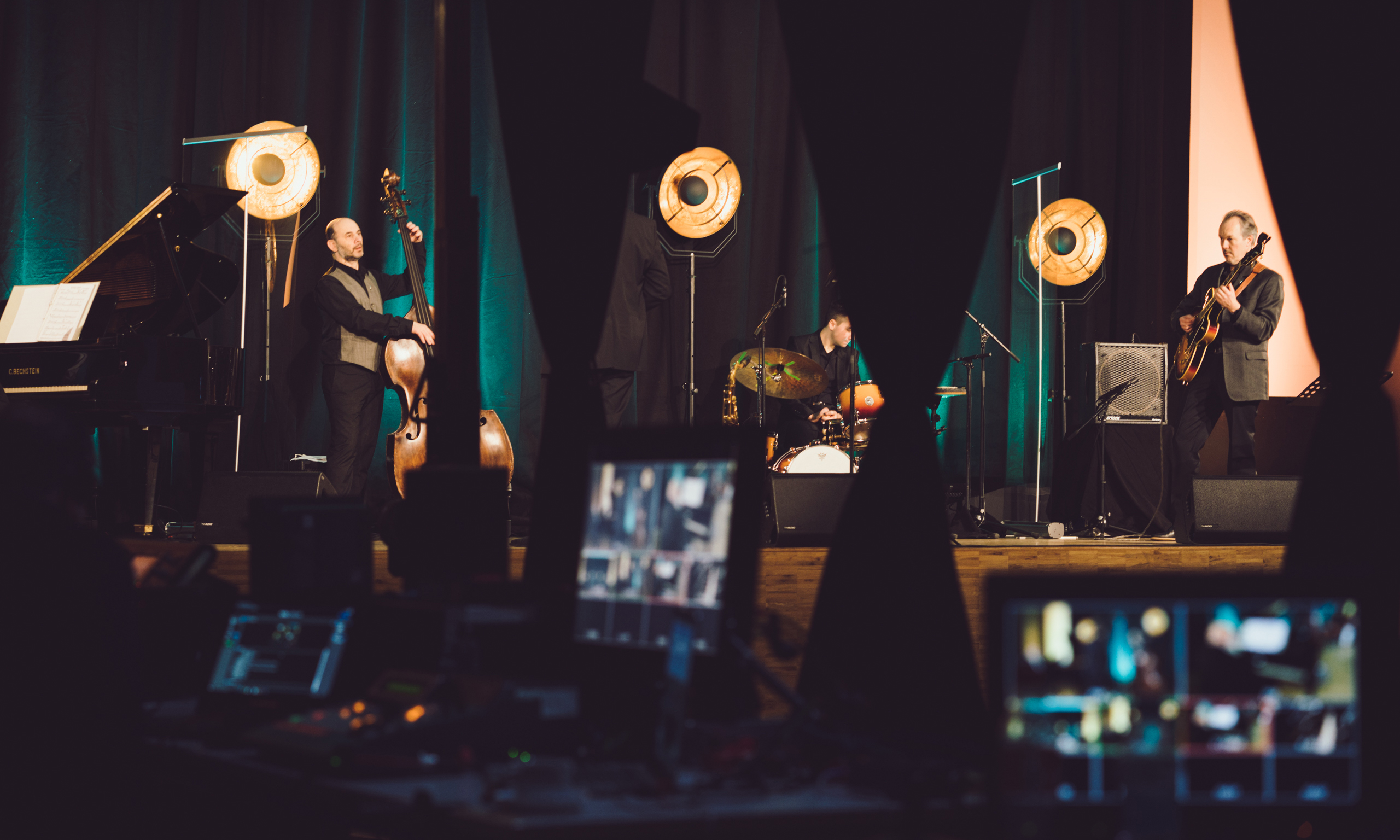 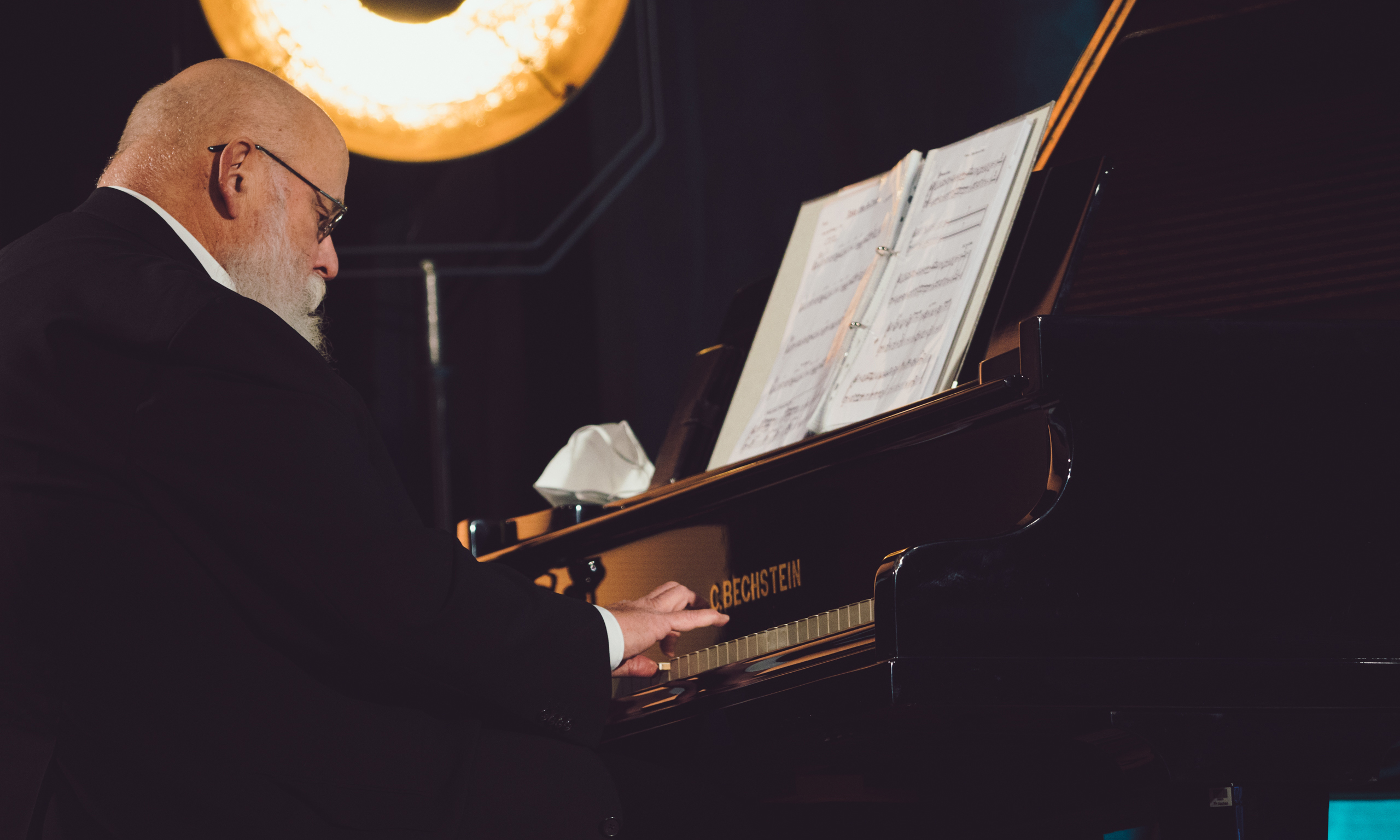 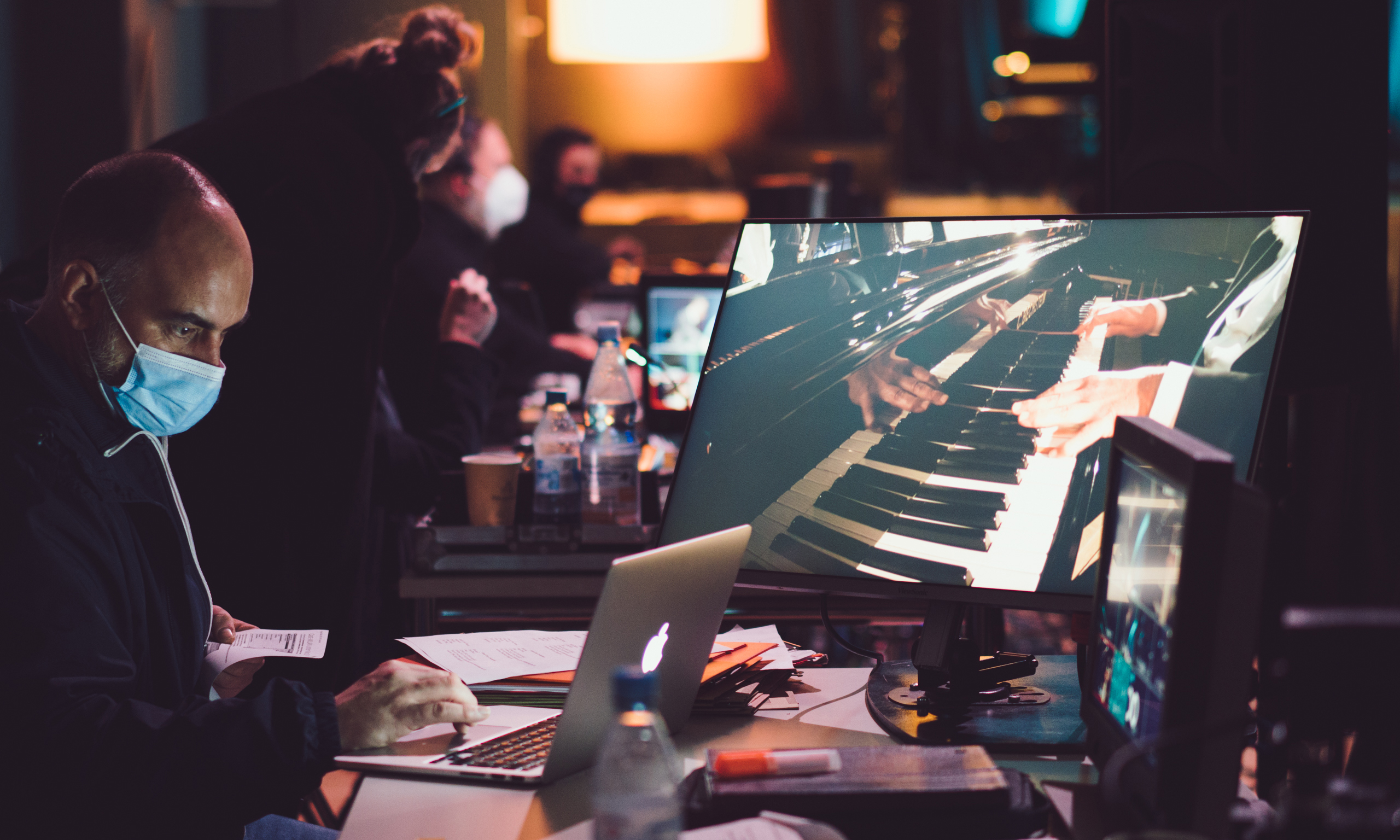 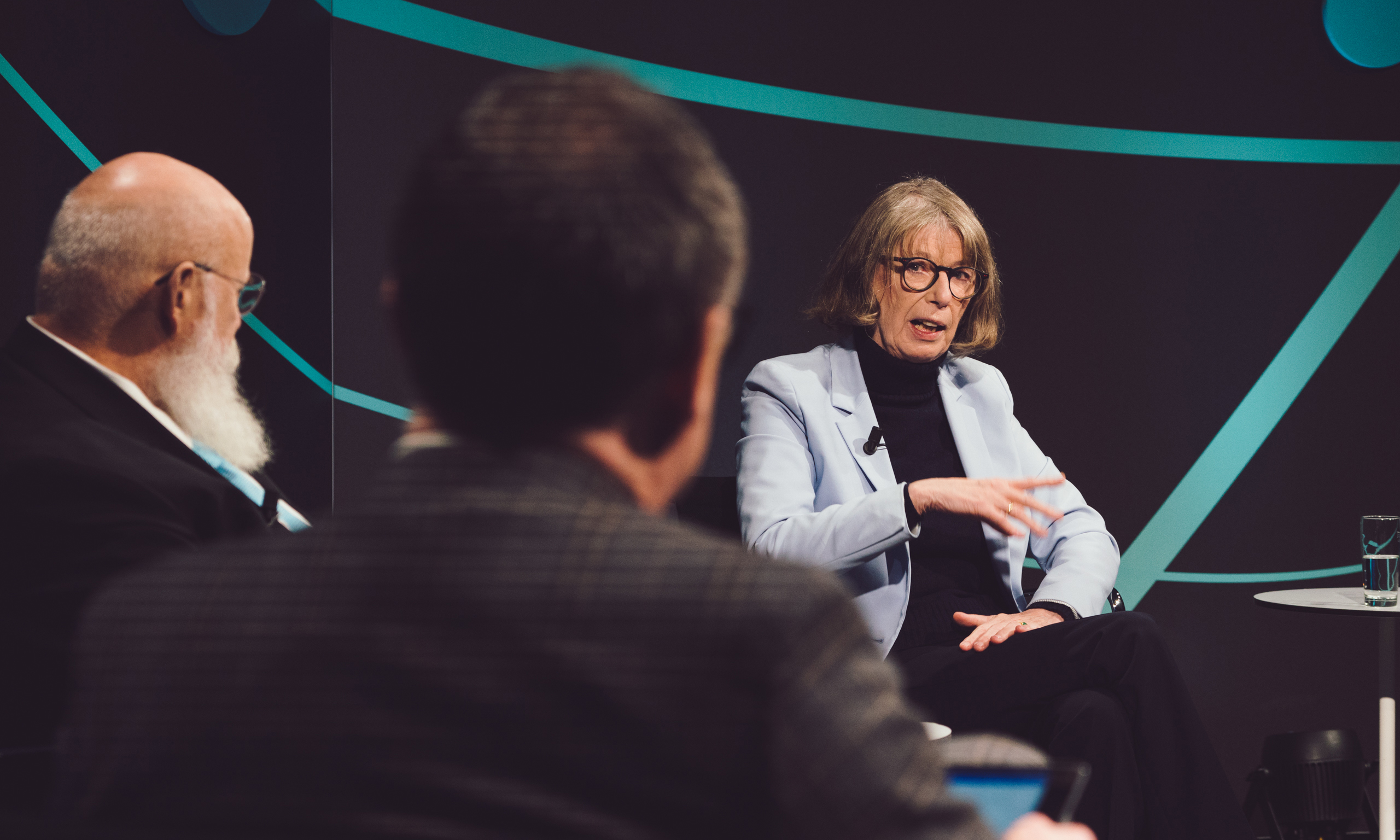 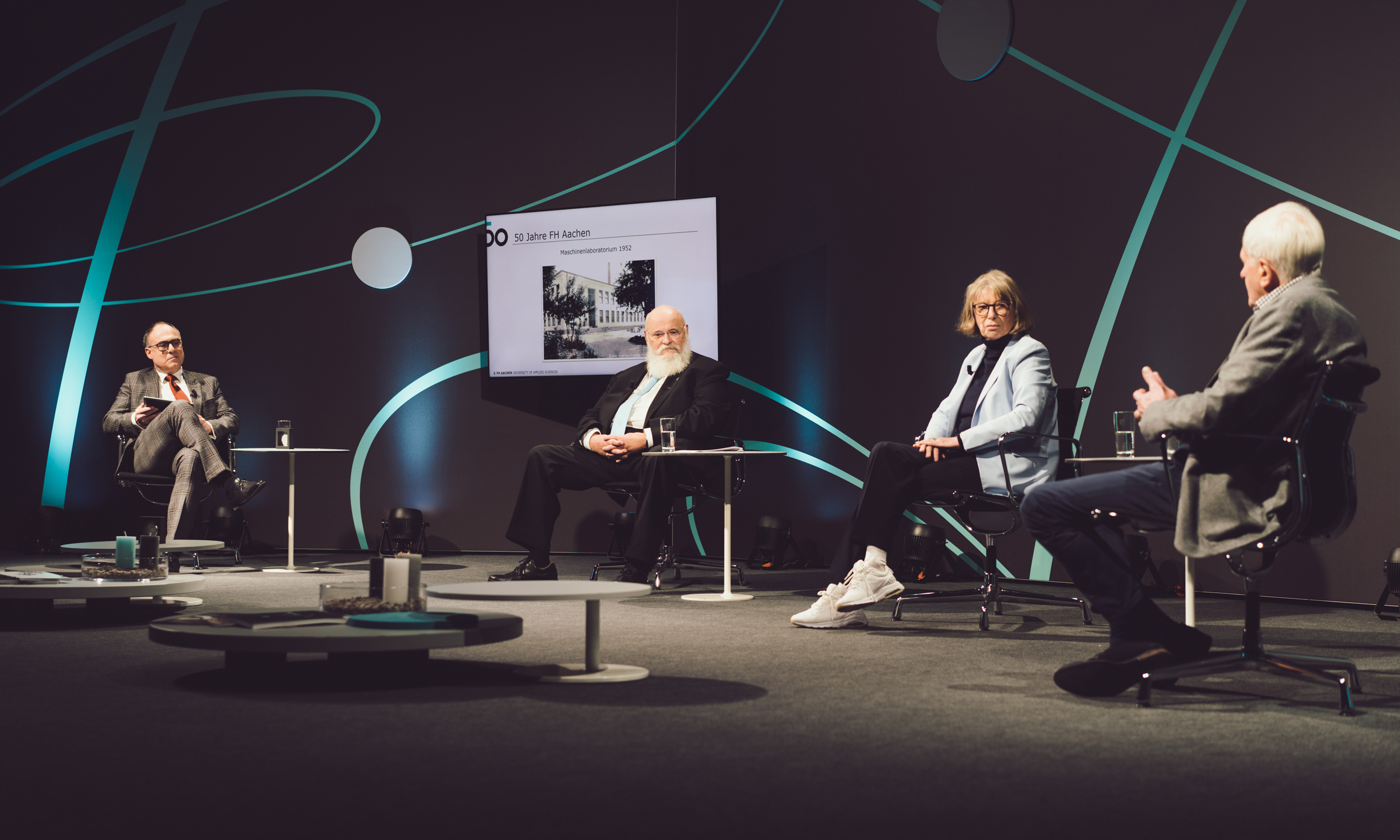 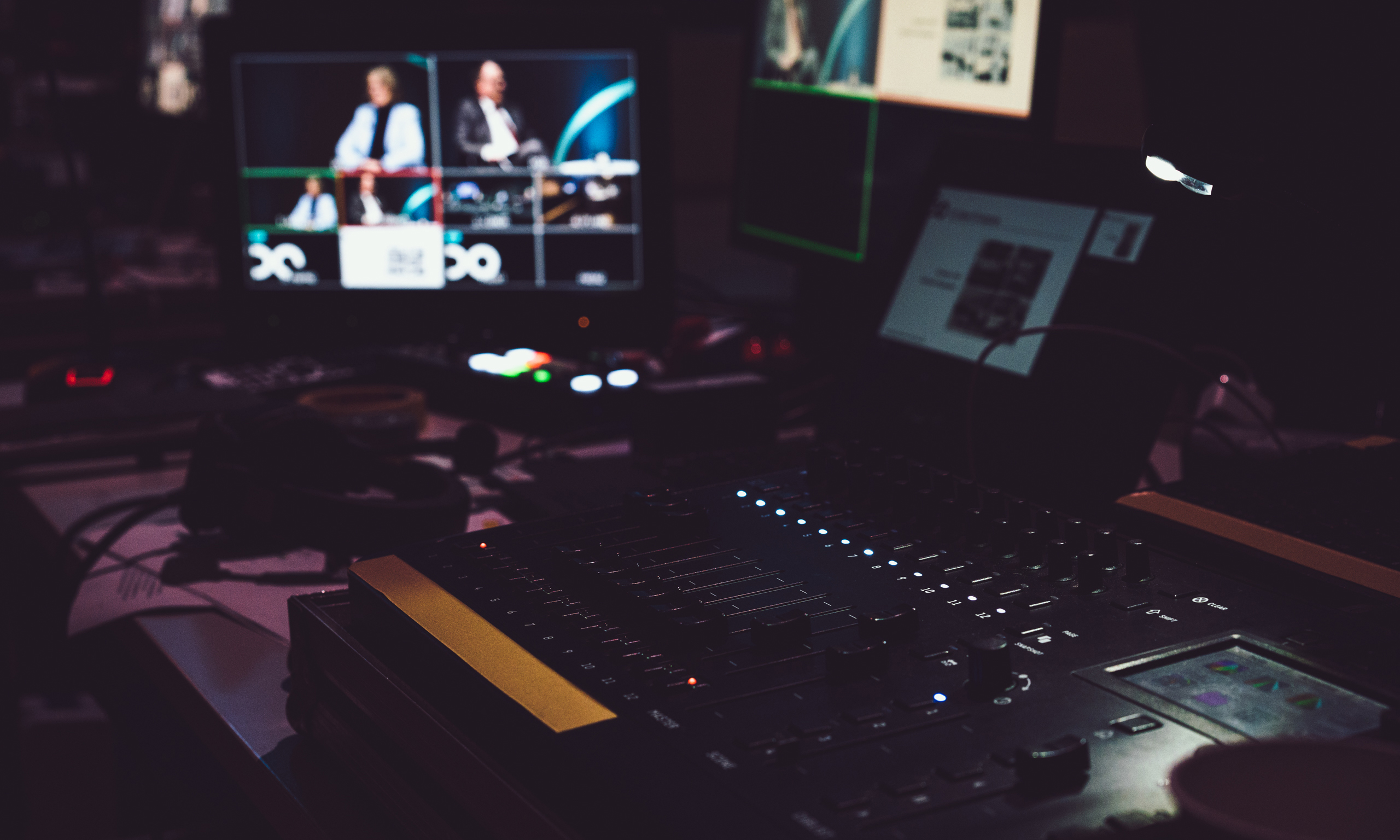 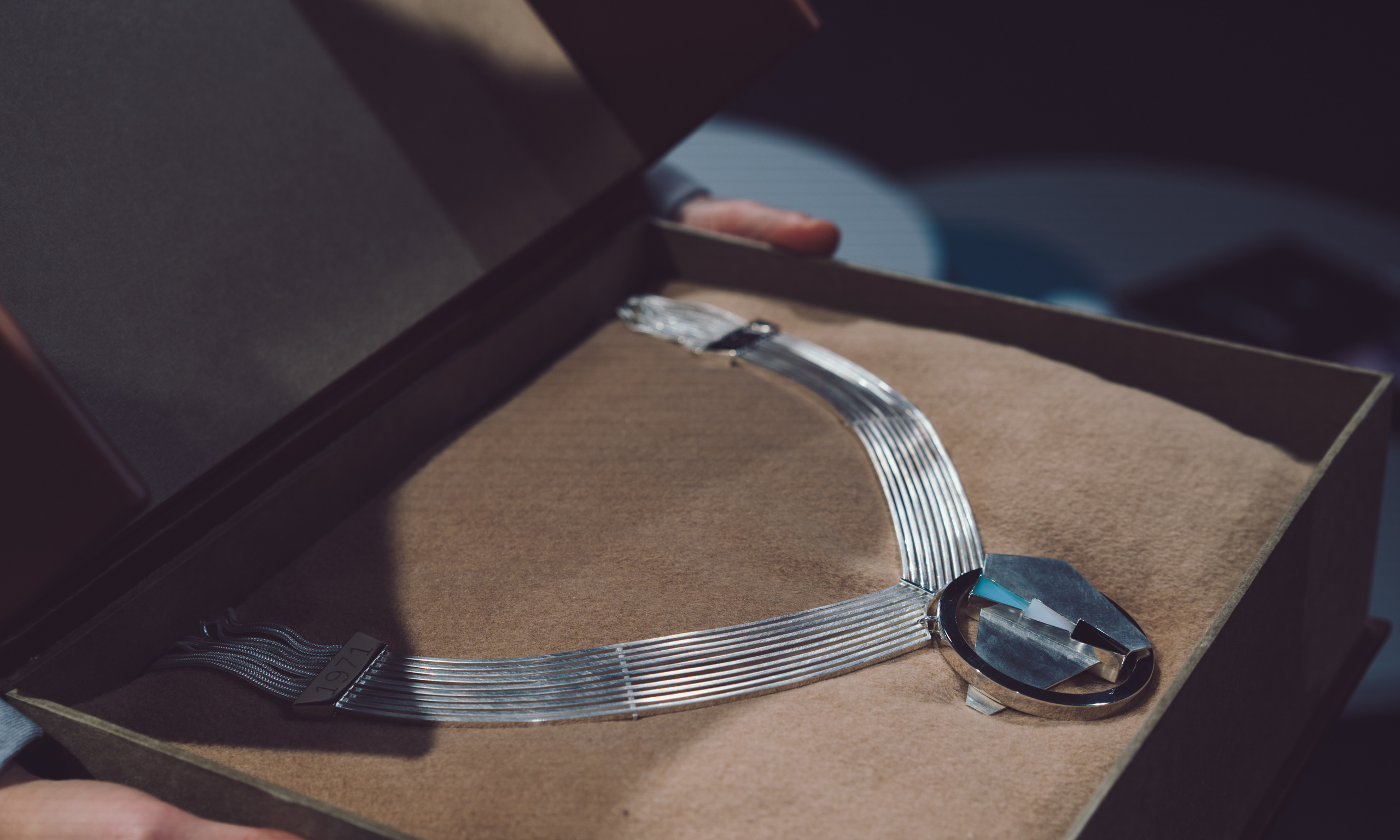 You can find the recording of the New Year reception here.